Future of work or future of employment?

Carl Benedict Frey is an Oxford professor who became famous in 2013 with his study with Michael Osborne on how technology would be eroding jobs. The first and most important of a series of texts that heralded the end of a large number of professions due to automation. A message that the author is keen to emphasize, has been widely misunderstood. We interviewed him following the release of his latest book, published by FrancoAngeli, “The trap of technology. Capital, work and power in the era of automation “.

In recent weeks, your 2013 study was quoted in The Economist: do you agree with the magazine’s point of view, namely that the risks associated with automation have been largely overestimated?

That many professions are destined to disappear is there for all to see. Even more evident is that technology is changing the very nature of every single job. What is less clear is the pace at which technologies are adopted and how this affects the actual evolution of the various types of use. Artificial Intelligence, for example, is not ready at all because the data collection it needs, for example for deep learning, works well in some very data-driven areas and less so for apparently simpler situations such as loading a dishwasher. If we had a robot do this, at the moment we would only have broken plates.

Definitely yes. Before the industrial revolution, many worked, but few people had a codified job: they made do, they lived off the informal economy. With the industrial and service age, there has been much more standardization and division of labor within complex organizations. Now there is a shift towards self-employment or on-platform work. The nature of work is subject to constant changes, which may or may not go hand in hand with occupational changes.

What are the tools that governments and companies have to plan the future of work and not suffer it?

We need to move from an apocalyptic end-of-work perspective to one in which we prepare for many possible and alternative futures. For example, by designing policies in which technology is an enabler and not an end and in which one thinks of preserving labor and not just capital. In turn, companies must be willing to experiment with technology by testing its different trajectories.

In this regard, how can technology support the adoption of a hybrid work approach within organizations?

Without the technology, the remote work of the last year would not have been possible. The theme now is how to combine the benefits of “work from anywhere” with those of proximity. I believe that the more than the technological theme is cultural and managerial and my suggestion is to break down the processes according to the life cycle of the product or service that are at the center of the business activities. I’ll give you my example. As a researcher, I can spend time exploring topics that catch my interest, attend lectures, read things that are not always relevant to my area of ​​study. I do it because it is from a chat in the faculty, from a coffee with a student, from a chance meeting that I can – in an unstructured and creative way – receive interesting inputs, which can be useful for my reflections. When they are in the exploratory phase, therefore, presence is a fundamental ally. Conversely, if I have to do a bibliographic search or write an essay, I need to keep quiet isolated from everyone. We are in a middle-age where we are improving in remote collaboration (an increasing number of patents are emerging from geographically dispersed research centers), but innovation is faltering due to fewer live conferences.

How does productivity change as technological developments increase? Are both scalable?

I do not believe it. Human productivity is not as scalable as technological productivity. And as much as one might try to optimize, the former has inherent limitations. It is true, however, that we can do much more than before.

Will new inequalities arise due to technology?

Certainly, but not necessarily in the most pessimistic direction. Thomas Edison is credited with a saying that genius is made up of 1% inspiration and 99% sweat. Different skills will be needed and each profession will carry its risks and opportunities. 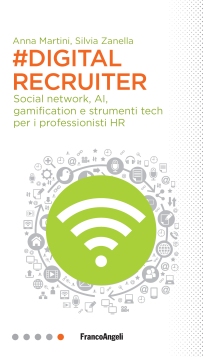